Eight portraits of inspiring women through the ages. All of them fiercely independent, original and intelligent. 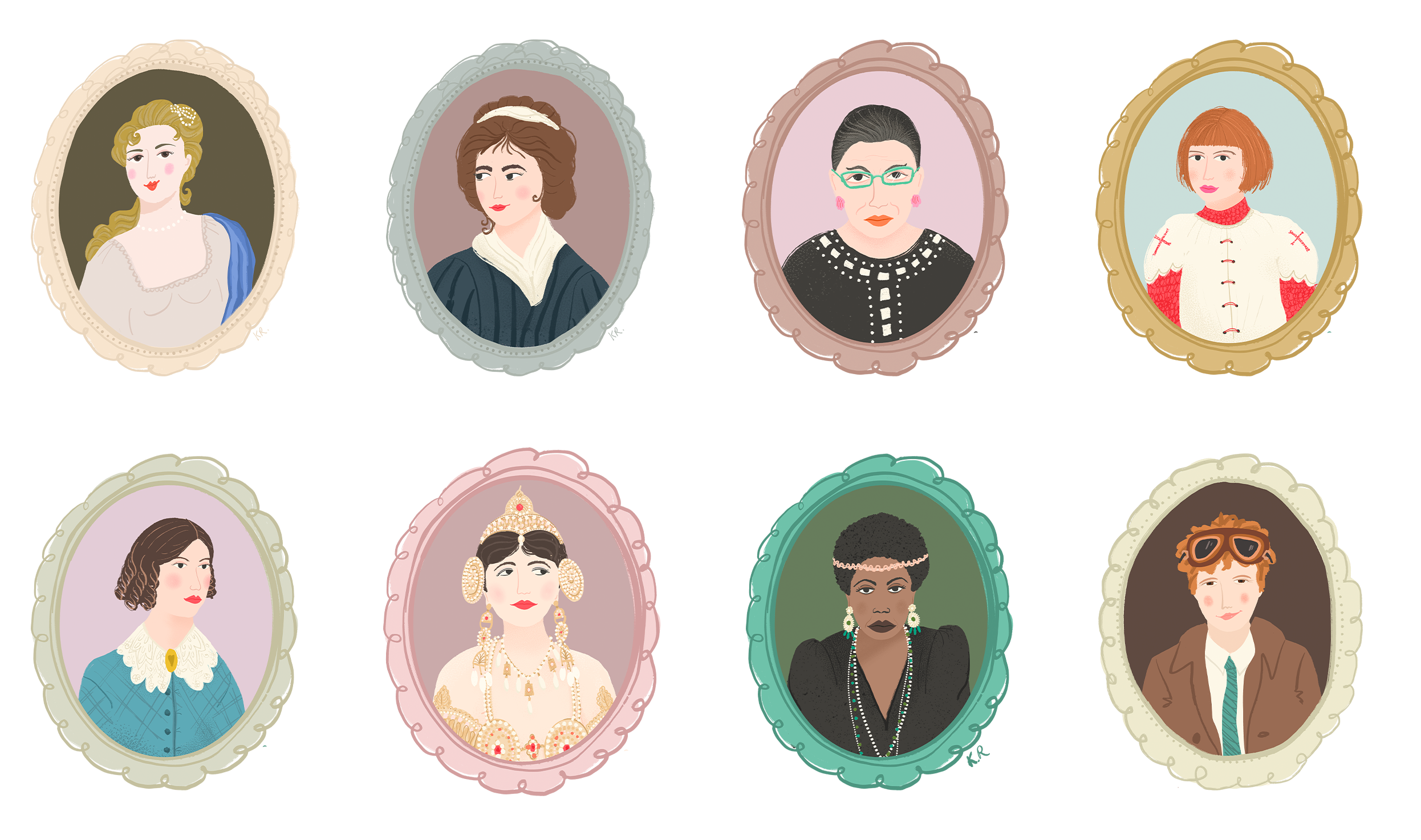 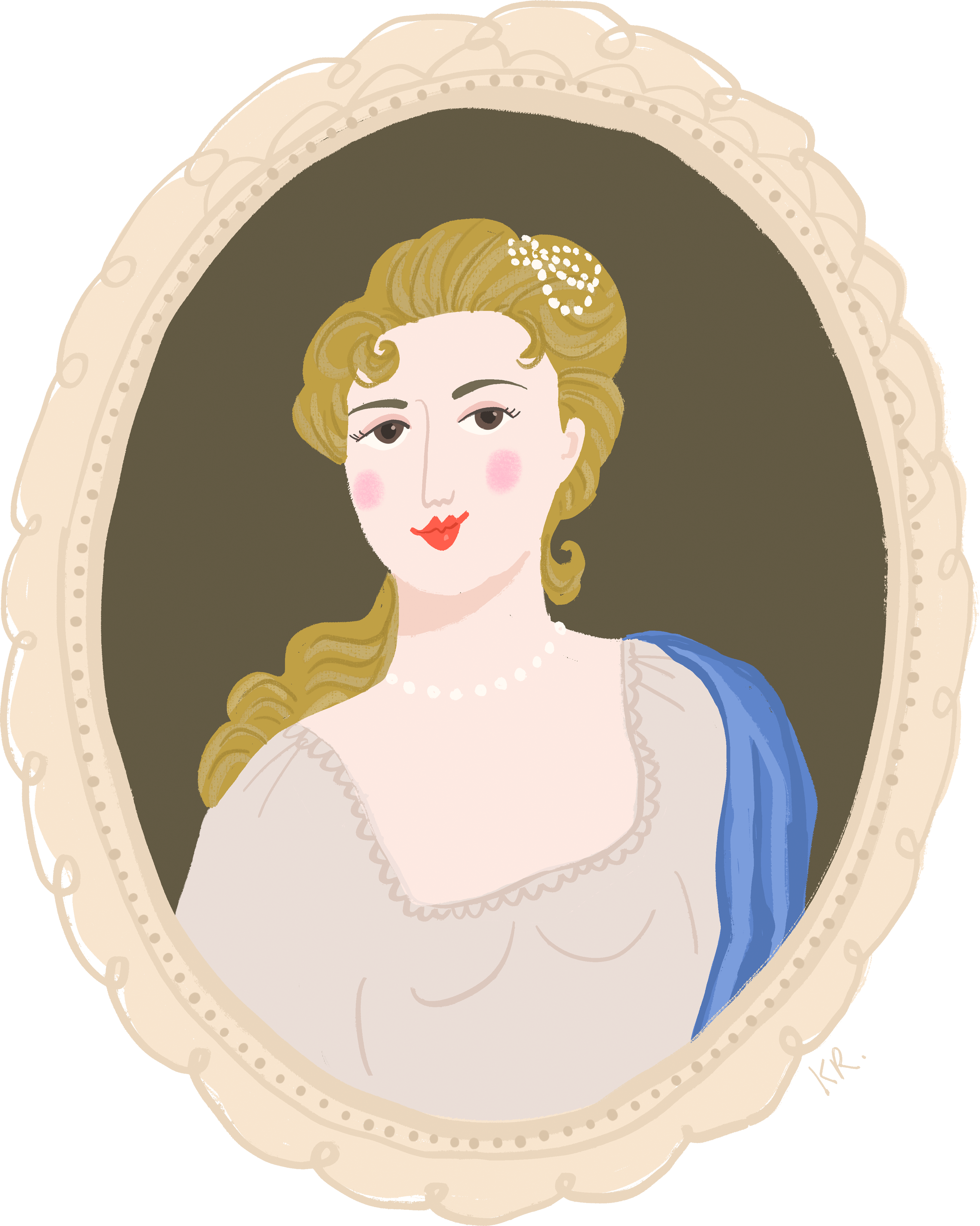 Jane Elizabeth Digby (1807 – 1881) was an English aristocrat, famed for her remarkable love life and lifestyle. She had four husbands and many lovers. At the age of 46, Digby travelled to the Middle East and fell in love with Sheik Medjuel el Mezrab who was 20 years her junior. Their marriage was a happy one and lasted until her death 28 years later.

Digby adopted Arab dress and learned Arabic in addition to the other eight languages in which she was fluent. Half of each year was spent in the nomadic style, living in goat-hair tents in the desert, while the rest was enjoyed in a palatial villa that she had built in Damascus. 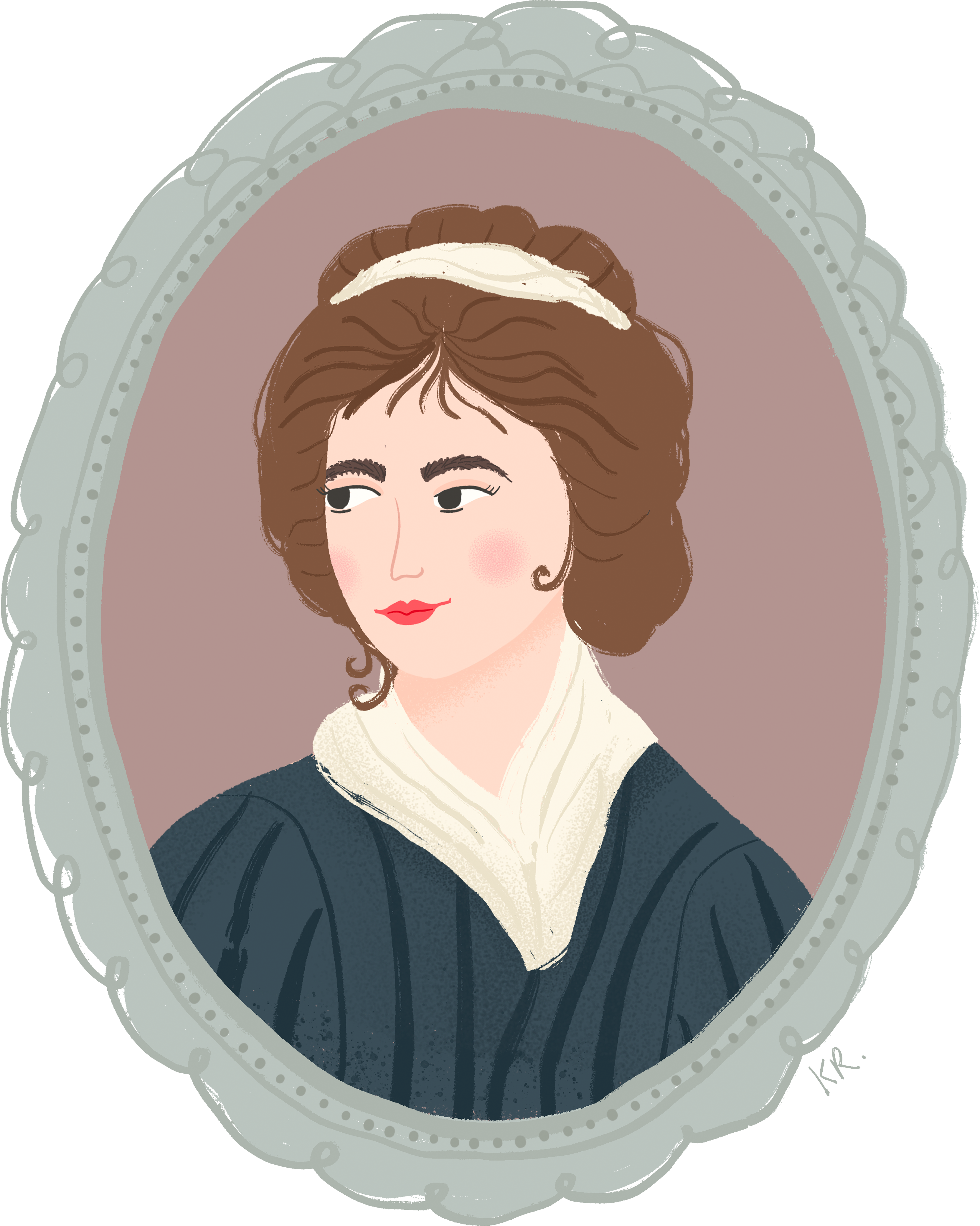 Mary Wollstonecraft (1759 – 1797) was an English writer, philosopher, and advocate of women’s rights. Until the late 20th century, Wollstonecraft’s life, which encompassed several unconventional personal relationships at the time, received more attention than her writing. Today Wollstonecraft is regarded as one of the founding feminist philosophers, and feminists often cite both her life and her works as important influences.

She made a powerful case for educating and emancipating women and is still regarded as one of the founders of modern British feminism. As a young woman, Mary challenged many social conventions of the time. She encouraged her sister to flee her unhappy marriage, co-founded a school for girls and was determined to earn her own living. She went on to become a supporter of the French Revolution’s ideals of equality and liberty, and to achieve her ‘radical’ goal of becoming a self-supporting, female writer.

In 1792, Mary published her most famous work: A Vindication of the Rights of Woman. The work presented a vision of equality for men and women – both in the home and in the wider world. The key, she argued, was for women to have access to the same education as men. Her ideas still resonate with readers today. At the time, however, Wollstonecraft was criticised by many for holding unorthodox views and her initial support of the French Revolution and her personal life were used to taint her reputation. 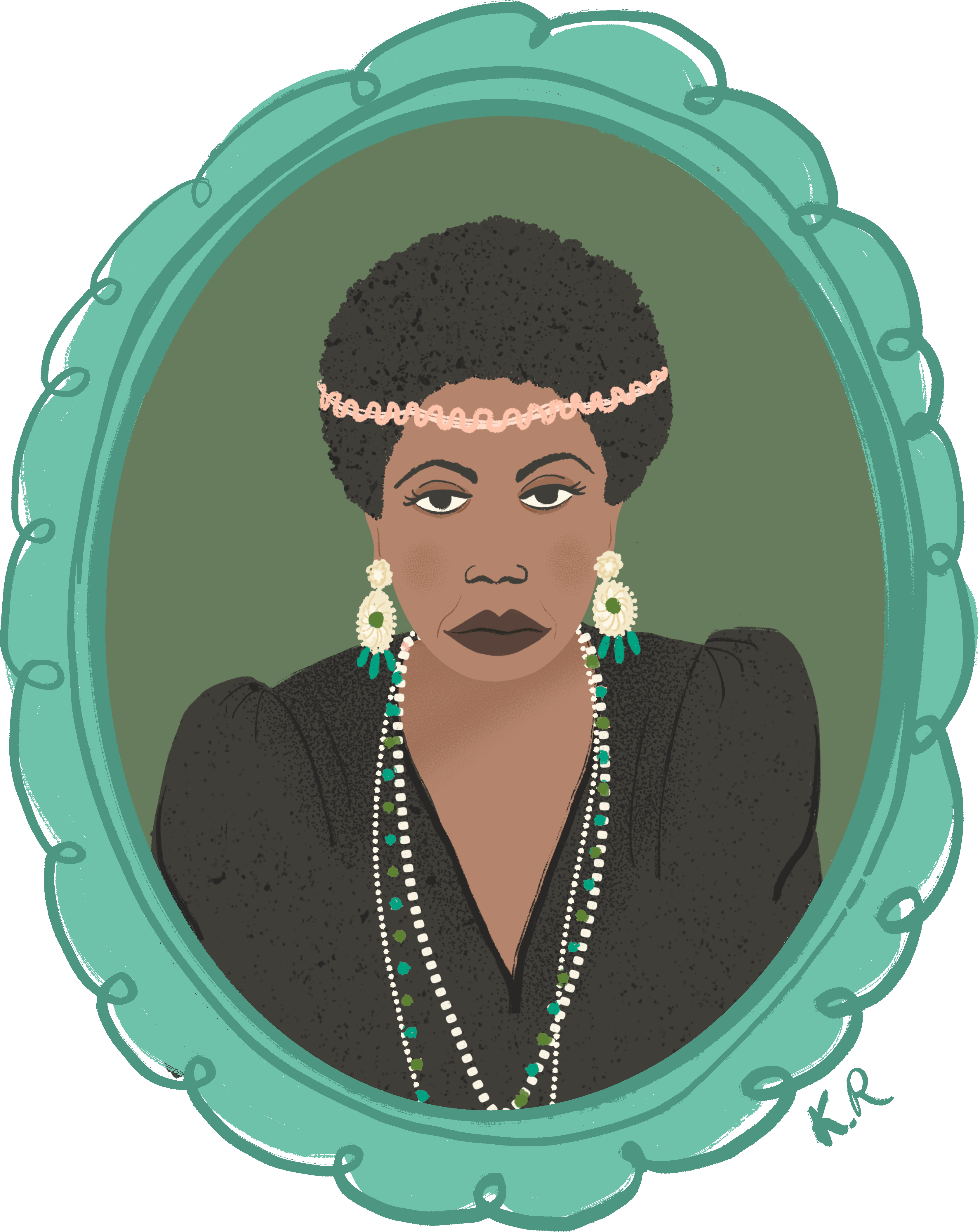 Nina Simone (1933 – 2003) was one of the most gifted vocalists of her generation, and also one of the most eclectic. Simone was a singer, pianist, and songwriter. Her musical style fused gospel and pop with classical music, in particular Johann Sebastian Bach, and accompanied expressive, jazz-like singing in her contralto voice.

The sixth of eight children born to a poor family in Tryon, North Carolina, Simone initially aspired to be a concert pianist. To make a living, Simone started playing piano at a nightclub in Atlantic City. She changed her name to “Nina Simone” to disguise herself from family members, having chosen to play “the devil’s music” or so-called “cocktail piano”. She was told in the nightclub that she would have to sing to her own accompaniment, which effectively launched her career as a jazz vocalist.

In the 1960s Simone added protest songs, became a friend of Martin Luther King, Jr., and Malcolm X, and performed at civil rights demonstrations. Angered by American racism, she left the United States in 1973 and lived in Barbados, Africa, and Europe for the rest of her life. Like her private life, her career was turbulent. 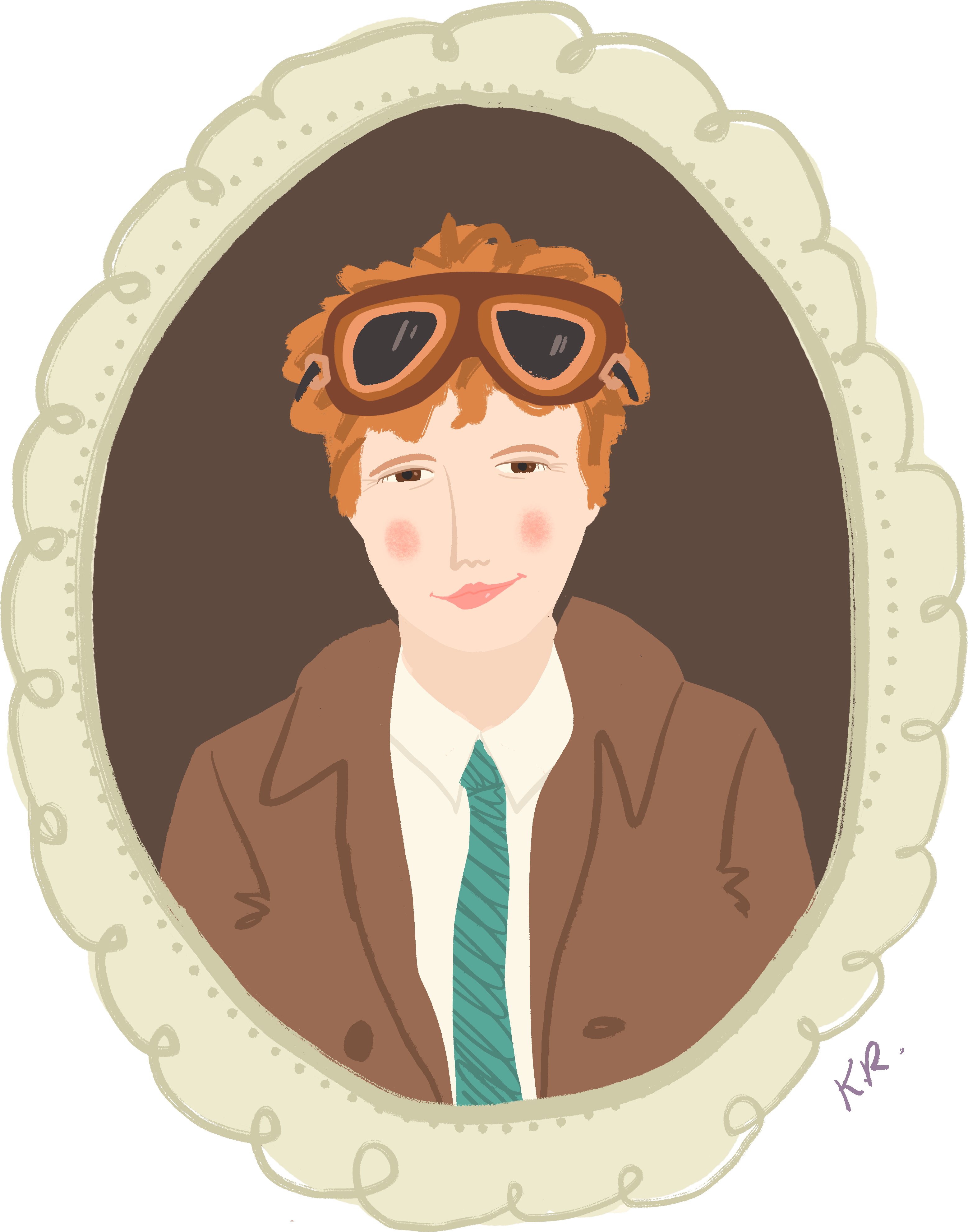 Amelia Mary Earhart, (born July 24, 1897 – disappeared July 2, 1937, declared dead January 5, 1939) was an American aviation pioneer and author. Earhart was the first female aviator to fly solo across the Atlantic Ocean. She set many other records, was one of the first aviators to promote commercial air travel, wrote best-selling books about her flying experiences, and was instrumental in the formation of The Ninety-Nines, an organization for female pilots

During an attempt at becoming the first woman to complete a circumnavigational flight of the globe in 1937, Earhart and navigator Fred Noonan disappeared over the central Pacific Ocean near Howland Island. She presumably lost her life in the Pacific during the circumnavigation, just three weeks prior to her fortieth birthday. Nearly one year and six months after she and Noonan disappeared, Earhart was officially declared dead. Investigations and significant public interest in their disappearance still continue over 80 years later 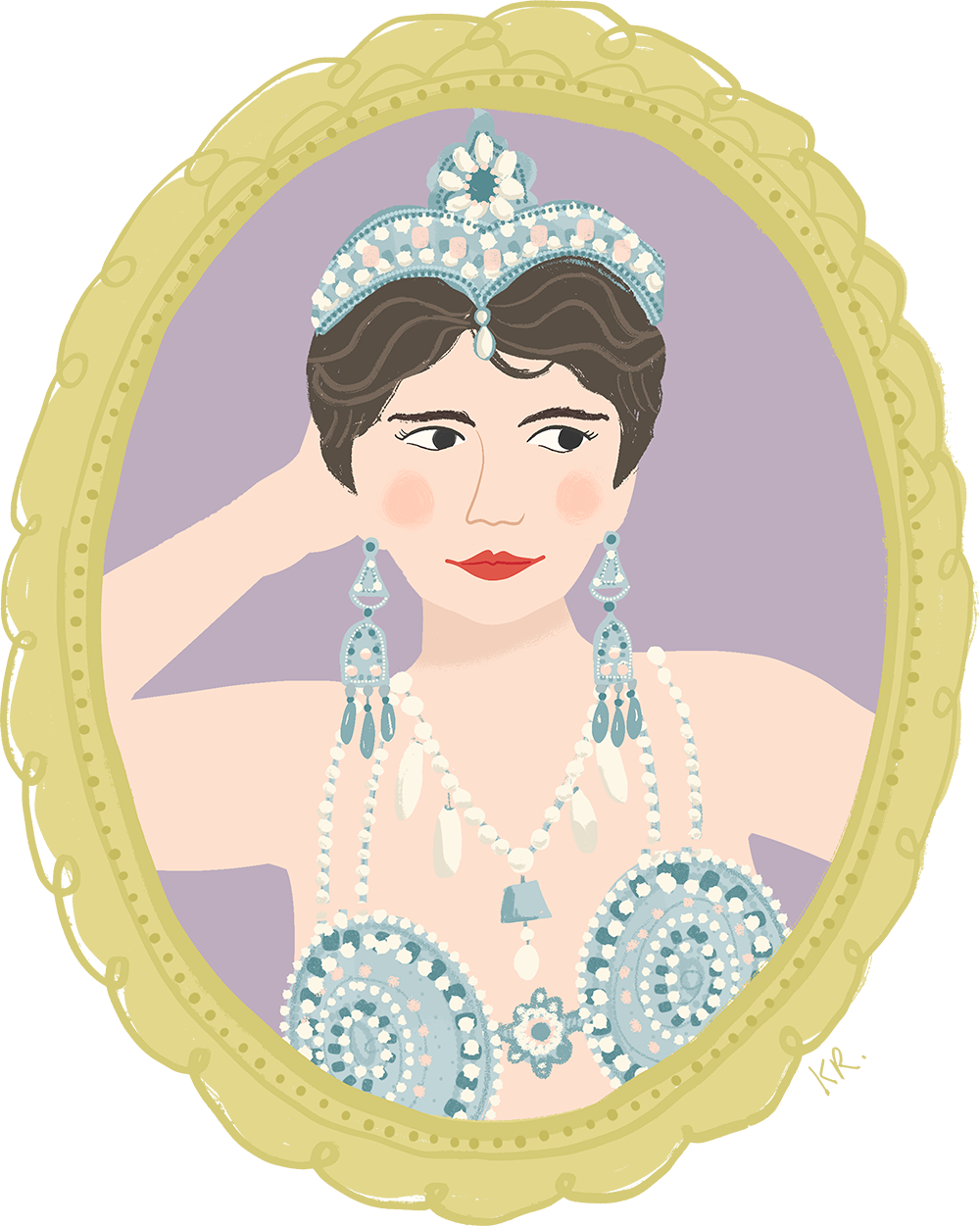 She came to Paris in 1905 and found fame as a performer of Asian-inspired dances. She soon began touring all over Europe, telling the story of how she was born in a sacred Indian temple and taught ancient dances by a priestess who gave her the name Mata Hari, meaning “eye of the day” in Malay. In reality, Mata Hari was born in a small town in northern Holland in 1876, and her real name was Margaretha Geertruida Zelle. She acquired her superficial knowledge of Indian and Javanese dances when she lived for several years in Malaysia with her abusive husband. Regardless of her authenticity, she packed dance halls and opera houses from Russia to France, mostly because her show consisted of her slowly stripping nude.

She became a famous courtesan, and with the outbreak of World War I her catalog of lovers began to include high-ranking military officers of various nationalities. In February 1917, French authorities arrested her for espionage and imprisoned her at St. Lazare Prison in Paris. In a military trial conducted in July, she was (unjustly) accused of revealing details of the Allies’ new weapon, resulting in the deaths of thousands of soldiers. She was convicted and sentenced to death, and on October 15 she refused a blindfold and was shot to death by a firing squad at Vincennes. 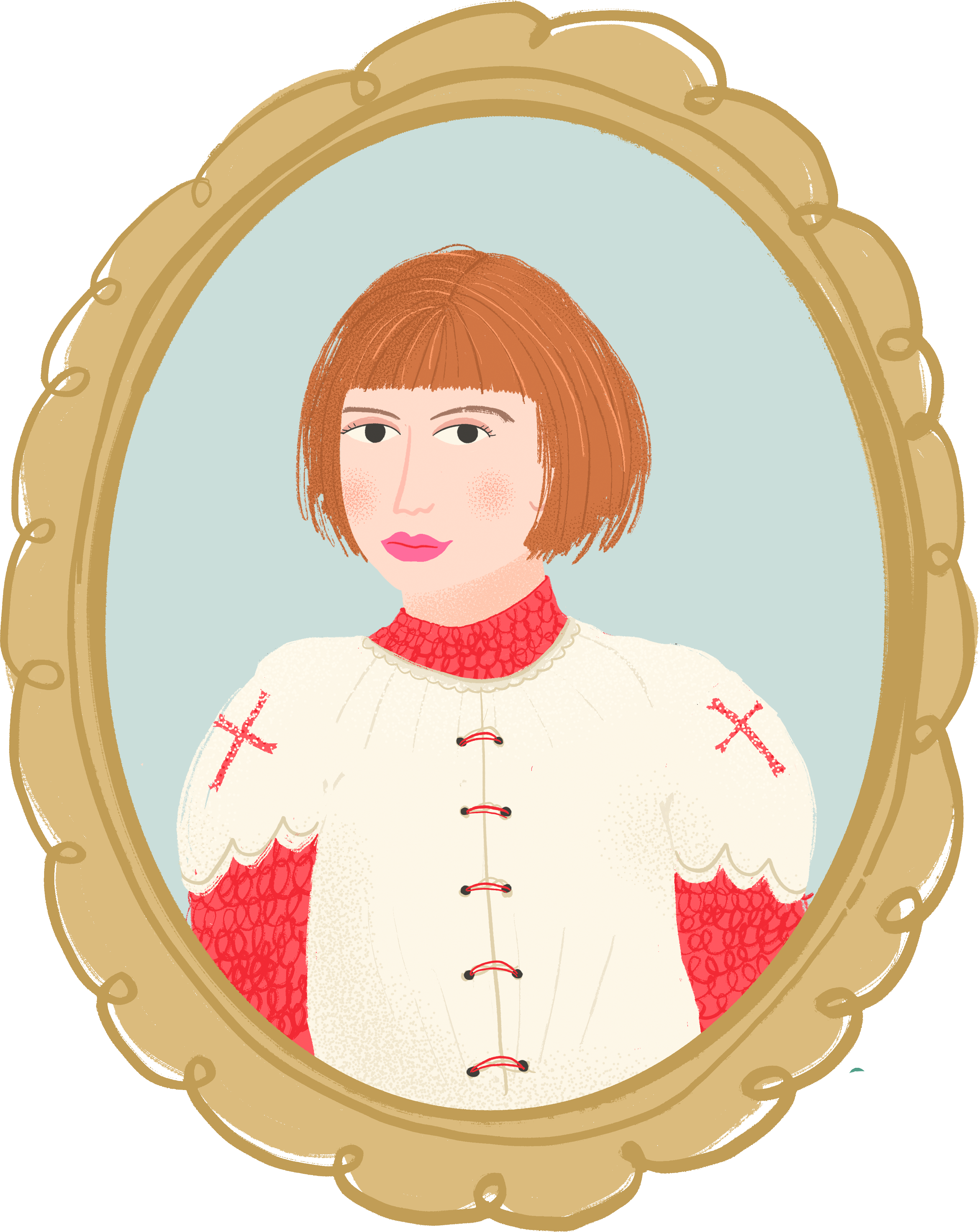 Jeanne d’Arc was a 19 year old peasant girl who became a national heroine and the patron saint of France. She believed that God had chosen her to lead France to victory in its long-running war with England. With no military training, Joan convinced the embattled crown prince Charles of Valois to allow her to lead a French army to the besieged city of Orléans, where it achieved a momentous victory over the English and their French allies, the Burgundians. After seeing the prince crowned King Charles VII, Joan was captured by Anglo-Burgundian forces, tried for witchcraft and heresy and burned at the stake in 1431, at the age of 19. By the time she was officially canonized in 1920, the Maid of Orléans (as she was known) had long been considered one of history’s greatest saints, and an enduring symbol of French unity and nationalism. 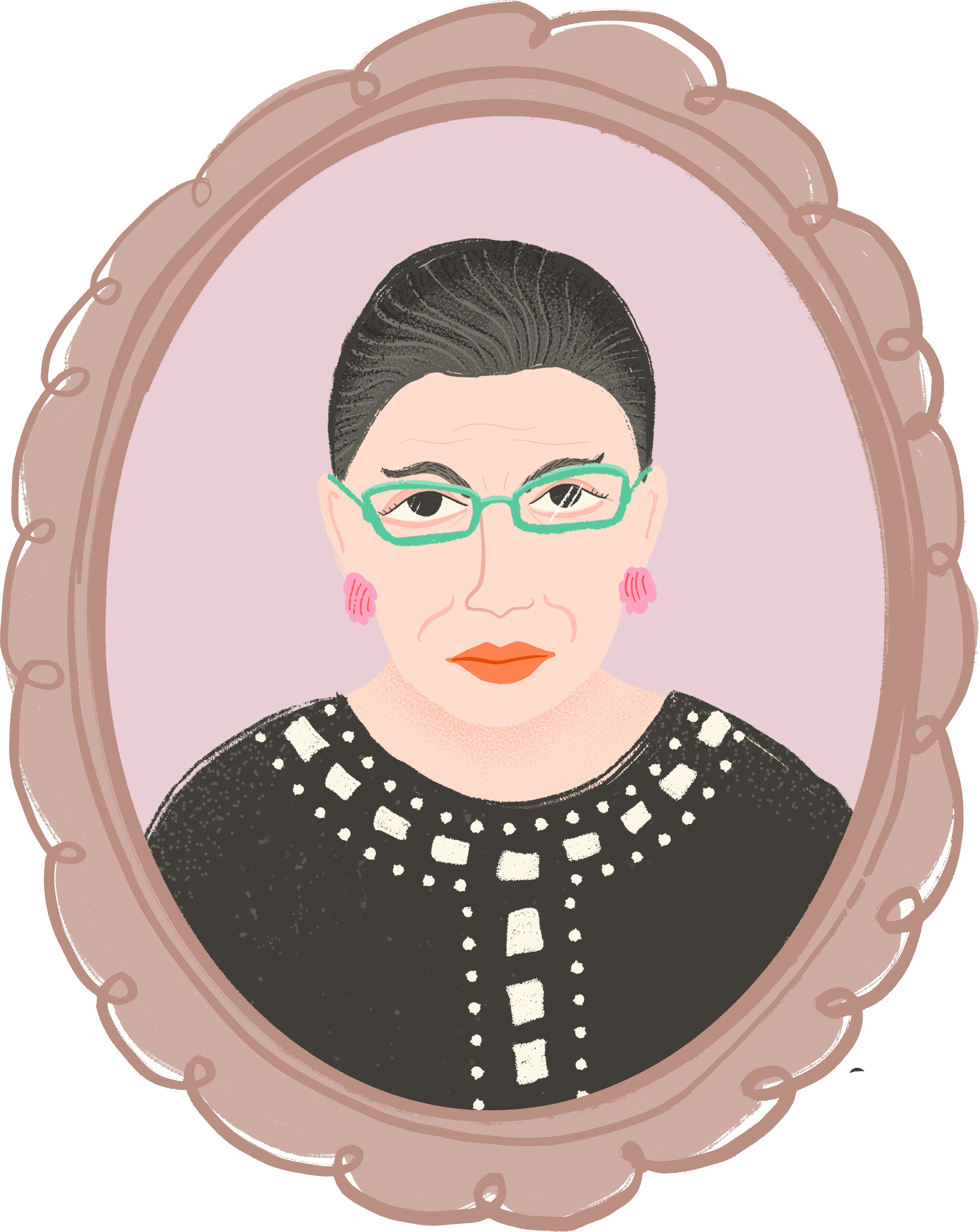 Ruth Bader Ginsburg spent a lifetime flourishing in the face of adversity before being appointed a Supreme Court justice, where she successfully fought against gender discrimination and unified the liberal block of the court. She was born Joan Ruth Bader on March 15, 1933 in Brooklyn, New York. In 1956, she was one of only nine women at Harvard Law School. She and her female classmates were banned from using one of the libraries on campus. But that didn’t stop her from following her dream—which led her to become the first Jewish person and second woman to serve on the U.S. Supreme Court—the highest court in the country. She served on the Supreme Court every day until her death on September 18, 2020. She was 87 years old. For days afterward, the Supreme Court grounds in Washington, D.C., were covered in flowers and messages from people all across the country, who remembered and respected how she always fought for equality and was never afraid to disagree with anyone.